Information on a personality. 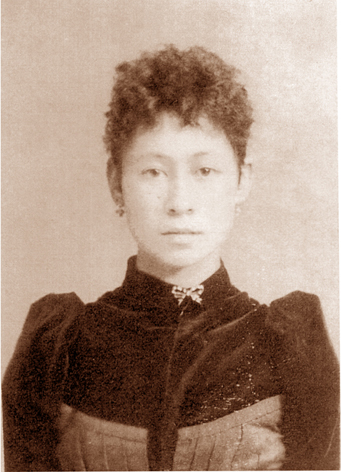 ROSE Ah Fah SMITH
The subject of this sketch was born in Columbia, Tuolumne County, California, 12 September 1875 and died 13 December 1963.

The story of Ah Fah actually starts with the story of the Chinese of Columbia.

The first major wave of Chinese immigrants to Gum-Sam (Gold Mountain) was during the gold rush. They began arriving in San Francisco in 1849. In 1850 There were only 500 Chinese men out of 57,787 immigrants arriving in California. The conditions in China by 1851 during the Taiping Rebellion (1851-1864) made life unbearable. Millions were killed in bloody warfare. By 1852, 11,794 Chinese were living in California and only 7 were women. Some estimates show that at one time there were 1000 to 2000 Chinese in the Columbia area alone.

By 1853 George Kowgun was the leader among the Chinese in Columbia. (E1:15:72) (probably a benefactor "tong" to some of the men who may have been indentured to him. He was owner of 30+ female Chinese slaves used as prostitutes, gambling houses, and had opium dens under his control.)

Ah Fah was born in Columbia to Ah Luk (born 1837 in Shunde, Guangdong [Canton], China) ), fathered by a "Frenchman" known as Charles who was a Cajon miner from Louisiana. The 1880 census shows her mother married to Ah Hoo (born 1839 in Shunde, Guangdong [Canton], China) and living in Columbia with Ah Fah listed as 4 years of age. For thousands of years women in China were not treated as part of the family they were born to, but the "property" of a future husband's family. If they were mixed blood, as with Ah Fah, they were even less desirable.

A story states that her mother sold her for $25 to a Chinaman (George Kowgun?) who dabbled in slavery. (There is the possibility that Ah Fah's mother had been the property of George Kowgun and had married one of her Chinese suitors who may have been willing to raise Ah Fah at first. The connections with Columbia and Kowgun seem easier to understand) Geoge Kowgun sold her six months later to a Chinese family in Columbia for $50. The adopted father was Charley Ah Fook who lived in Columbia born China in 1828. (Columbia Census 1860 shows an Ah Fook age 32 years as a Merchant from Mongolia worth $800 working in Chinatown (P79-L38). He was employed in different hotels as a cook in Tuolumne county. He was well known and liked by many of the white population.) However, Charley Ah Fook was ostracized by his wife and the local Chinese, because he was too Americanized (integrated). - (Union Democrat, September 16, 1893)

Because Ah Fah was a bright and curious child, her adopted father Charley Ah Fook encouraged her to attend school & learn English.  Ah Fook insisted that his daughter adopt American ways, manners, costume and habits. She excelled in her studies and her skill at translating was sought after from as far away as San Francisco.

With his adopted daughter away from home, Charlie was abandoned by the lack of caring Chinese when ill with Dropsey (high blood pressure) and died alone laying on a floor in his house with scant covering, with nothing to eat and no medical attention. Charlie Ah Fook, was buried in Chinese section No. 452 after his death on Sept 2, 1893.

1893 August 22 - Rose at 18, married Charles Ernest (Edward) Smith age 36 of Columbia. Taking a friend's place in an arranged marriage, Smith took the nearly 5'2" tall belle of Columbia's Chinatown as his legal wife; what began as a marriage of convenience quickly turned into a match of love. They lived on the Tuolumne River where Charles mined. Charles had been born in Columbia November 1857 had been a constable who had spent his time clearing out fandango halls. Rose and Charlie were married 46 years and had three children: Charles James Smith, William Hood Smith, and Katherine May Smith, all born in Columbia.

1922 - Ah Fah Smith prepared meals in the Smith Hotel at this time and regaled the patrons with stories of early Columbia. She would also join in parades wearing the costume finery which represented the Chinese woman of the Gold Rush era.

1939 July 1 - Charles Edward Smith dies, while sitting on the porch talking with his younger brother Albert.

1960s - Rosie Smith said that she had been purchased with a 10 pound sack of flour by the Fallons in San Francisco and brought her to Columbia to help at the theatre. (This contradicts recorded facts and was likely told just to amuse the listeners.) She remembered at the age of ten holding the ladder while Jim Fallon worked on the canvas decorations on the ceiling in the theatre. She also got front row seats anytime with as many guests as she could invite. - memories by Tom Rogers UOP 1997

Obituary reads:
"Rosie Smith was a native and life long resident of Columbia and passed away in a Tuolumne County hospital. She was 90 years old.
She was a member of the Presbyterian church in Columbia and a member of the Columbia Elementary PTA.
Funeral services were held at the Terzich-Wilson Funeral home with Reverend George Crichton officiating. Interment was in the Columbia City cemetery.
Survivors included her two sons, Charles J. Smith of Nevada City and William Smith of Grass Valley; a daughter, Mrs. Kate Peters of Columbia, six grandchildren, ten great-grandchildren and one great-great-grandchild." 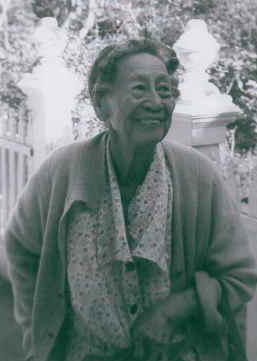 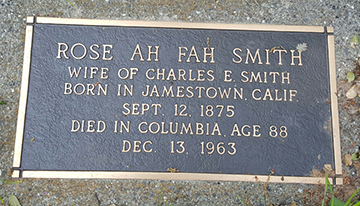