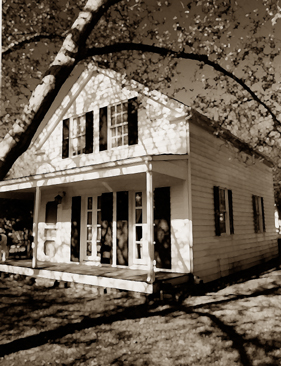 1853 October 15th - Clementine Allen Houghton Brainard arrives with her husband, to live in a house on Broadway, near State Street.

1854 July 10th - the conflagration supposedly started by a man named "Babe" began at 2-3 o'clock in the morning, two doors down from Clark's Hotel. The result was almost total destruction of the town. By noon the next day buildings were being constructed at a fast pace. The Brainard's business on Fulton was lost (Brainard and Co. grocery and provision store west of Main Street on Fulton Street) and their Main Street store started in brick the next day, using a common wall with Franklin and Wolfe who's building of brick, just being constructed, suffered little damage.

1854 July 27th - Clementine writes, "Have not been able to write for a long time on account of being so unsettled since the fire.
"On the morning of the 10th of this month a fire broke out about half past two, and before sunrise the entire town with the exception of a few buildings was reduced to ashes, our house and store are both burned; they saved a part of the goods at the Store, and most of the things at the house; our house was the last building burnt. The same morning we got a room at Mr. Sears' and have been keeping house here since."

1854 August - Builds a one story brick building with a common wall with the Franklin & Wolfe Building. B. M. Brainard's groceries and provisions on Main Street. For a few months it is the home of the Wells, Fargo office.

1854 December 7th - Clementine writes, "Moved into our new home this evening, and am overjoyed to be alone again, for I had got all out of patience living with another family in the same house. The cook room, buttery (butery is the anglicized version of bouteillerie. Here it refers to the pantry), my bedroom & closet, and one chamber."

1866 House is sold by the sheriff to Jack Douglass, than back to Sleeper.

1871 Van Dack sold it. Owned by Abe & Etta Levy, Pat Shine and then pucrhased by Davis. 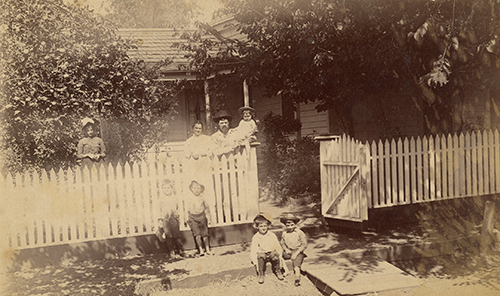 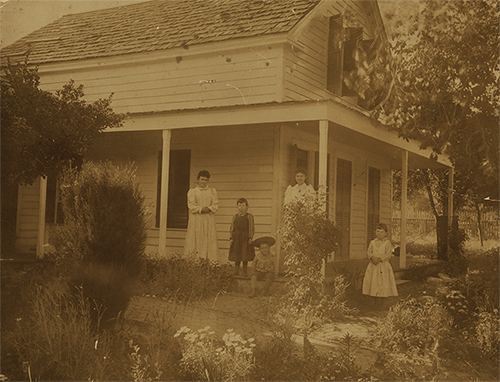 1967 Davis sells to Mrs. Ellis who in turn sold it to Mrs. Sunta Pensa, who sells it to the state.

1980s through 2012 House is rented to private individuals.

2012 House needs foundation repairs. It would be great if the place was made into a showcase of the type of houses people lived in during the 1850s. 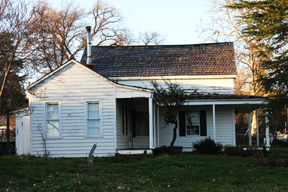 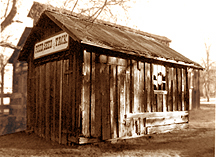 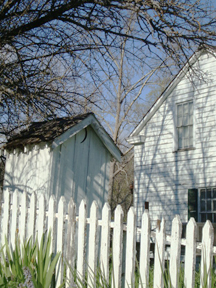