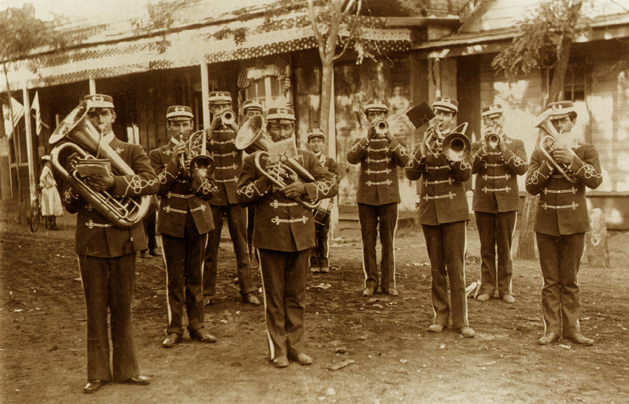 This is the beginning list of the Brass Bands that performed in Columbia and their history.

1851 Spring - The Columbia Brass Band along with 6,000 to 8,000 men escorted the first woman they had seen in months into their gaily decorated town.

1857 - the Columbia Brass Band led the May Day procession to Cole's Ranch near Sonora, and later, the Sonora (German) Brass Band under the direction of Prof. Schmitz, performed a concert with the Sonora Glee Club. Following the concert a ball began at 6:00 p.m. and continued until four o'clock in the morning.

1858 November - Columbia Brass Band and the Faxon's Sonora Band led a procession in celebration of the opening of the flood gates of the new high flume ("A Grand Water Celebration"). The Columbians played for the ceremonies at the end of the procession.

1864 The German Cornet Band of Columbia performed a concert for the benefit of the Episcopal Church.

1874 17 July - At the completion of the Big Oak Flat Road to Yo semite the eight-piece Sonora Band performed the whole parade in the first coach down the mountainside.

1890 The Columbia Cornet Band (also know as "The Ice Cream Band") made a pilgrimage to Yo semite. They were the second band to visit the valley. While there, they played for dances and concerts. (Their image at the top of the page hangs in the Fallon Ice Cream Parlor) 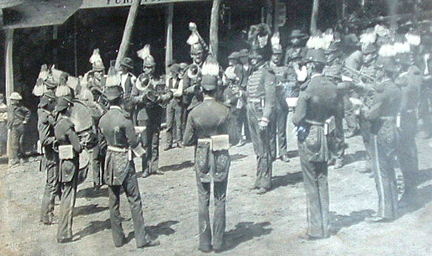 NOTE: Any information on these Columbia Bands would be appreciated.