This was originally 3 lots.
Isaac Shotwell put up several frame structures for rent as businesses and residences.

(Columbia Brewery was to the north, Costello one lot south and C & D Kelly on corner of Fulton and Broadway Streets)

1856 June - Starbuck sells to Cornelius and Dennis Kelly. They build a one story brick structure for their grocery store.

1888 June - the brick structure is torn down and the bricks are sold to the Golden Gate Mine in Sonora, to be used for a furnace.

1896 July - William Siebert sells the lot to his wife, Kate.

1936 Pop Konrad's Garage built by Timothy (Pop) Konrad with the help of Vent Fiscus. His son Bob painted it white.

1947 Purchased from Timothy Konrad for $4100, price included all the cabins on the lot, which included the current (2001) building and parking lot.

1973 Garage and workshop. (per "Columbia Memories" by Lee Roddy) 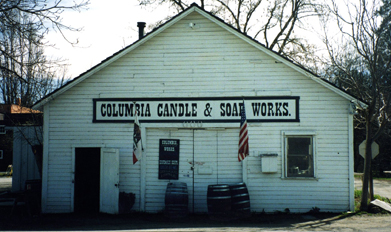 2008 State moves Columbia Candle and Soap Works to San Francisco Store, to do repairs on the building.

2011 The Konrad building is finished. 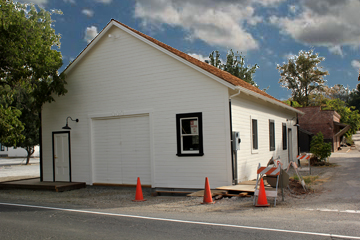 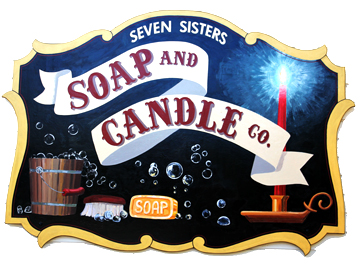