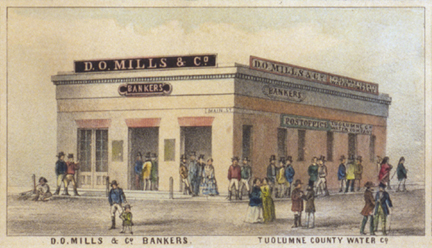 1852 Townsend sells to D. O. and James Mills. The lot has a frame building which houses the post office in the back.

1853 The bank, post office and Hunnewell's book and stationery store are in the building.

1854 D. O. Mills is the sole owner of the brick building with a secret passage leading to the assay and smelting office. The counter in the bank is of mahogany with black walnut trim and carved moldings. 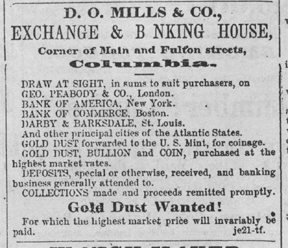 1855 The first telegraph in Columbia is installed.

1865 Sleeper, facing financial problems, is forced into selling to William C. Ralston from San Francisco for $5,000. 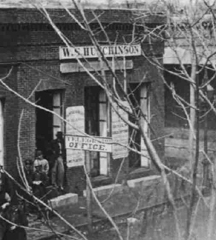 1866 Wm. S. Hutchinson and Jos. Gilman buy the building for $1000, they run a news depot, stationery and grocery store. They bring the telegraph back into the building. Later Gilman sells to Hutchinson.

1880 Lyman Tibbits rents the building for a drugstore.

1881 Tibbits becomes the postmaster, so the post office returns to the building until 1895.

1889 Vassallo sells his half interest to Wm. Siebert. 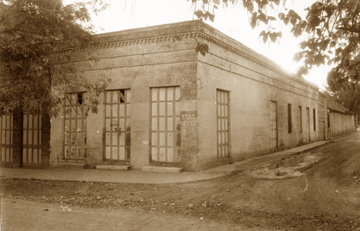 1922 Mrs. Pauline R. Naegele buys the building for $10. The roof has fallen in and the floor is rotten. She renovates the building, adds 10 sleeping rooms upstairs, with a candy store on the main floor.

1930 Julius C. Naegele (Born in Memphis Tenn., where he was listed as a confectioner in the 1880s census) at the age of 70 in the US census is shown as Candy Maker and owner of the Candy Store. Pauline is 62 years old and of Germany. Their household worth is $5000. 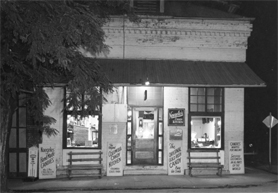 
1941 Leases to Christian Rex Nelson for a candy store. (Rex was born in Utah 27 March 1889. His parents were Andrew Nelson of Utah & Christine Daniels of Denmark)

1951 The state purchases the building from Pauline Naegele. Rex and Dorothy Nelson are operating the Columbia Candy Kitchen. (Rex dies of a heart attck 1 October 1956 and is buried in the Masonic cemetery in Sonora.) 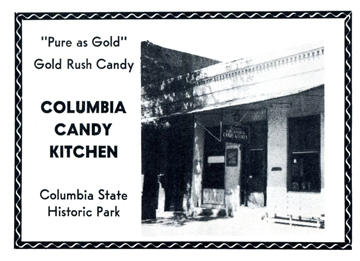 1971 Mike and Janice Nelson (Dick's son and daughter-in-law) take over the business.

1980 The building is renovated and restored.

(AT THE BACK OF THE BUILDING)


1854 After the fire burned their wooden structure, the D. O. Mills bank and the Tuolumne County Water Company, rebuilt of brick. This was their office until 1901.

In the late 1940s Rex and Dorothy Nelson lived in the building until they needed more room for their Candy Kitchen.

1951 Lot and building purchased by the state from Pauline Naegele.

Restored in the early 1980s and used by concessionaire Candy Camin for her business, the Prospector's Trading Post, while the Brady Building was being restored. Then used as storage are by concessionaire Betty Holmberg.

1999 Leased to Cheryl and Mike Nelson as storage for their business: Brown's Coffee House & Sweets Saloon.

2015 Jack Douglass uses building for storage for their business.