1850 Ham & Hildreth Livery Stables have one of the earliest business's on the northwest side of State Street. On the corner of State & Broadway were two houses. Denslow was at the corner and Fish north on Broadway (According to map)

1854 July 10 - "A fire broke out this morning, about 2 o'clock, on Broadway, two doors from Clark's Hotel, in the town of Columbia, and resulted in the almost total destruction of the town. All the property within the territory bounded by Broadway, Fulton, State and Washington streets, is entirely consumed, except the fire-proof building of Donald & Parson." - Sonora newspaper.
This first major fire that ravages many of Columbia's wood structures, took the livery building and all of the houses up Broadway. 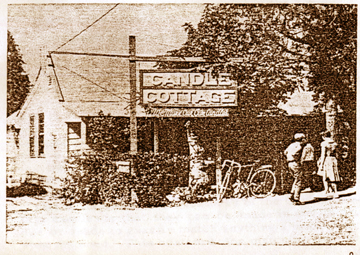 2011 January - Craig & Liz Dickson sell the franchize of El Jardin's Mexican restaurant back to previous owner (Keeping the one in Murphys).