Information on a personality 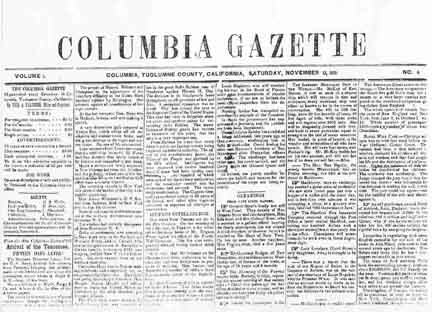 DANIEL WEBSTER GRAHAM
"Born in 1867 (June 25) at Sawmill Flat, Tuolumne County, still lives there and writes as 'Uncle Dan' for the Sonora Banner. He is the son of Angus Graham, a Scot who came to California in 1862 aftering residing at Toronto. We learned from 'Uncle Dan' about Treetop Mine (Chapter v) and how Joaquin Murieta saved the little miner's gold from the sluice robbers (Chapter ix)". (from "The Story-Tellers" in Ezra Dane's GHOST TOWN 1941)