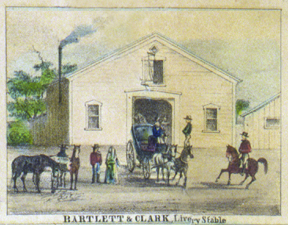 1850 March 27 - Gold was found in Columbia by the Hildreth Party; men mostly from the state of Maine. Within a few months the stages were coming in from all over bringing new and old miners to the "New Diggins" in hopes of finding color. They needed Stables and Livery for the many animals arriving with the stage coaches and delivery wagons.

1854 A. Clark and Bartlette are owners of the Livery Stable across from the Clark Hotel, on the southeast corner of Fulton and Broadway streets. All Liveries played an important part for the traveling businessman to have a place to care for his horse(s). It was convenient to have the livery near the hotel. Here is their ad in the Businessmen's Directory of 1856. 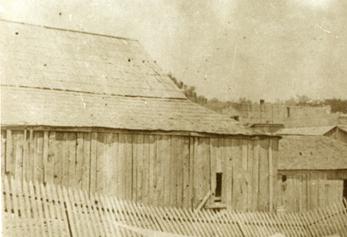 1868 November 21 - "The Byrne Bros. have just completed a large livery stable at the corner of Fulton and Broadway, opposite the Broadway Hotel, and intend to do a general livery business. Kelly only a few months ago bought out Pat Smith so as to get the whole control of the livery business of this place. Oppostion is the spice of life." - Union Democrat. 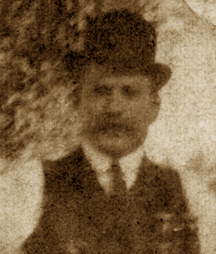 1870 July 8 - Columbia census shows Michael Kelly age 35, property valued at $3400, born in Massachusetts and a stable keeper. His wife is Bridget age 28 keeping house and born in Ireland. They have three children: Michael age 6, M.A. (female) age 2, J.A. (male) age 5/12. In the same census next is Patrick Kelly age 21(25 August 1849) listed as a stage driver born in Ireland. Next dwelling is Peter Kelly age 26 a miner from ireland, with his wife Ann age 36 and 2 year old daughter M.J.(?) "Pete & Pat worked for Michael in the livery business. Mrs. John Duffy their only sister, was (most likely born) between Michael and Peter." (Eastman 1:17:61) Census for the same year shows Patrick's wife Ann is ten years older than him and they have a 2 year old female M.E. Kelly.

1871 August 23 - "On the map and in the surveyor's notes, Michael Kelly appears as the owner of the entire Lot 4 by this date when the survey was commenced, but again, no record of the sale of the Daegner lots to Kelly have been found." Barbara Eastman Dec., 1963

1873 Pete Kelly advertizes that he has bought out the Copperopolis Stage Line and he signs his name as Kelley, like his wife. He keeps that spelling to the end of his life. (Eastman - May 1964) 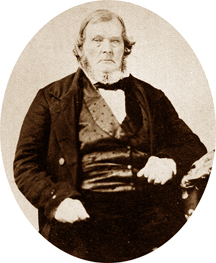 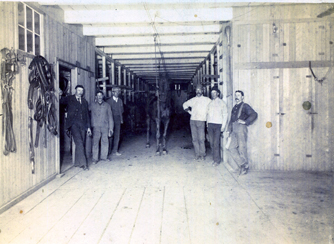 © David Kelley.
Inside the Livery of the Broadway Stable - c1890s


History notes on the back of above image indicate: "George Sidney Dawley is 3rd from right. He was father to Georgie Lois Dawley(Smith) and grandfather to John Dawley Smith (Jack Smith). The man in the suit at far left is probably George M. Trask, whose father Prentiss M. Trask bought stable from Mike Kelly in 1888. G.S. Dawley married Mary Ann (Mame) Kelly in 1902. Mame Kelly was M. Kelly's daughter" - Jack Smith. 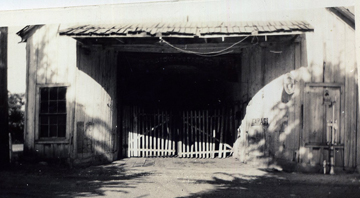 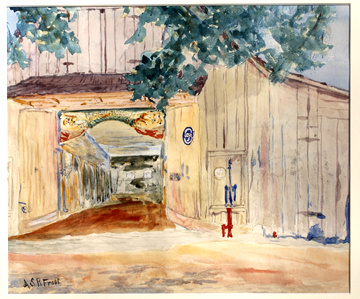 © David Kelley.
Closeup of sign as painted by A.S.B. Frost. 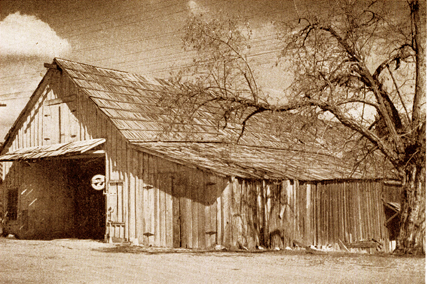