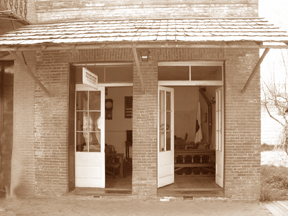 1851 John Wegel owns the lot prior to this year.

1852 The lot sells to Alex Mayer who was already in the building.

1853 Sells to Lewis S. Ackerman who has a wholesale tobacco store.

1854 The wood structure burns in the July fire and is replaced by another frame building.

1857 Meyer Brothers own the building.

1861 Henry Hemmer has a boot and shoe shop in the building.

1862 Friedman back in the building.

1865 Charles Snyder buys the lot at a sheriff's sale for delinquent taxes.

1866 Snyder has a barber shop in one part of the building, White has a tailer's shop in the other part.

1867 Snyder takes Kordmeyer as a partner, they add a shoe shop at the back of the barber shop.

1876 Siebert and Vassallo own the building.

1880 Antonio Frates has a barber shop in the building. 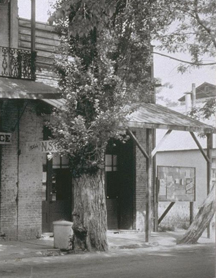 1920 Mrs. Siebert sells to Native Sons of the Golden West.

1939 William E. Muse, Justice of the Peace, moves the courtroom into the building. 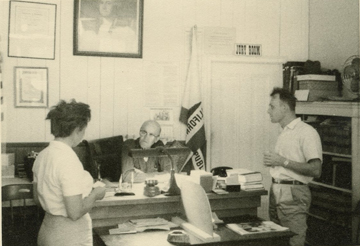 1945 July 15 - Gov. Earl Warren signs the bill in this courthouse to make Columbia a state historic park and capital of California for one day.

1989 Through court consolidation, the court moves to Sonora so the building becomes a court display.

1994 State Senator McCorquodale opens a field office in the back room of the building.

1995 McCorquodale defeated in `94 elections, building returns to a display. 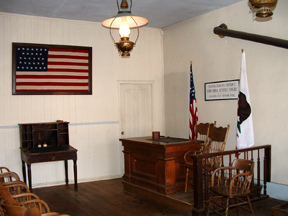 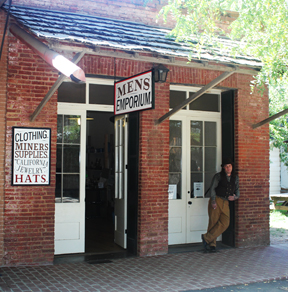 2016 January - The building is used to display the carriage used in High Noon. Efforts are being made to turn it into a "Movies Made in Columbia" static display.

2018 The building is converted into the Chinese Herb Shop from the Knapp Block. (the carriage is now on display at the museum) 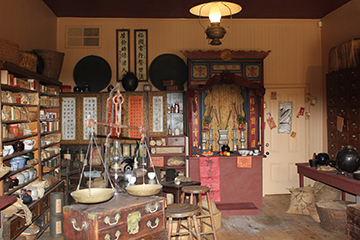