These are the first two US stamps, issued in 1847. 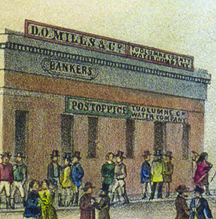 There were many locations for the post office in Columbia. This is a list of most of those locations.

1852 D. O. and James Mills buy a lot which has a frame building which houses the post office in the back.

1853 The bank, post office and Hunnewell's book and stationery store are in the building.

1860 The Columbia Times newspaper (published February 2, 1860 until 1861) has a box (bottom right corner) on the post office wall which is on exhibit in the Wells, Fargo & Co. Express building. This dates this wall and adds to the mystery as to where it was originally mounted. 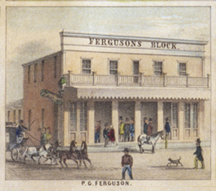 1861 March - W. O. Sleeper buys the hotel and sells it to Westley, Wilder and Wheeler who remodel the building and change the name to "The Post Office Building" and open a bookstore and stationery in addition to the post office.

1867 A Mr. Bacon becomes postmaster, in addition to the post office they have groceries, dishes, miners' and farmers' implements and hardware. Their building was in the middle of the intersection of Washington and Main Streets before Washington street was moved north.

1871 April 25 - P. B. Bacon insures a frame store with Duchow. As his residence was on Green Street and the 1871 map shows Bacon as the owner of this lot he must have purchased it before this date. He also ran the post office while located in this building. 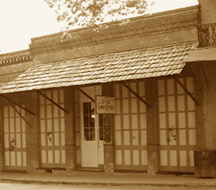 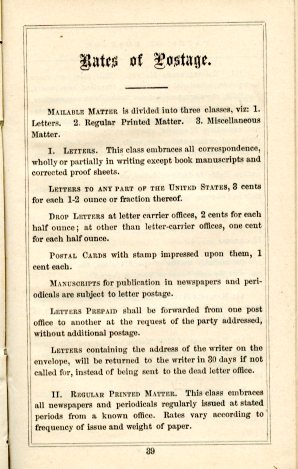 
1880 March - Louis Levy leases the building and runs a variety store and post office until 1881.

1881 Tibbits becomes the postmaster, so the post office returns to the bank building until 1895. 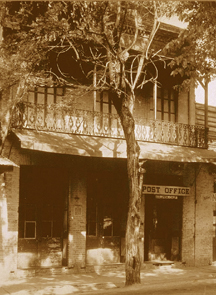 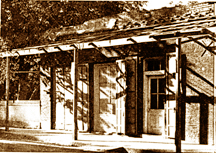 This page is created for the benefit of the public by
Floyd D. P. Øydegaard