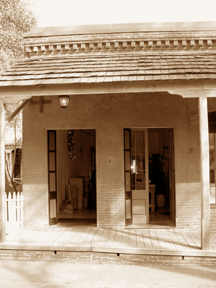 Originally the two lots were one.

1856 Hochmuth and Geo. D. Allen sell the People's Market to Soderer and Marshall.

1857 After the August fire, the building is rebuilt of brick and occupied by Swain's seed store and Dr. E. Schmidt's Eagle Drug Store.

1867 From this time on, the building is divided into 2 separate businesses: the south store (the butcher shop display) was sold to Wm. Shine who rents it to F. P. F. Temple (Francis Pliny Fisk Temple born 13 Feb 1822 - died 22 Apr 1880) who operates the meat market, the north store is Wilson's shoe store. 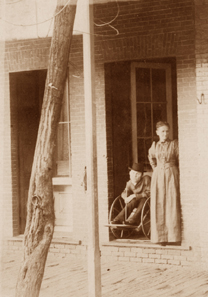 
1867 James Wilson moves his shoemaking business into the brick building, his family lives behind the store. He shares the space with a barber and a daguerrotypist (John Ross Hicks Art Gallery).

1869 James Wilson buys the building (the north store) from the other two owners.


1876 James Wilson dies and his widow Rose takes over the business, with the help of her daughters Theresa and Annie. The business becomes a dry goods, boots, shoes and gents furnishings.


1888 Schoettgen renovates the south building adding screens to keep out the flies. 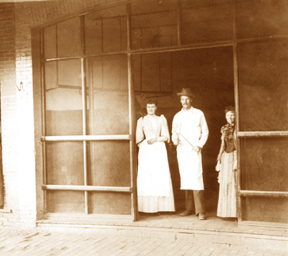 
1935/36 A door is cut in the wall between the north and south buildings, the front doors are changed to windows, the entrance is now through the Wilson store. Art Lindsay and Frank Caveron are the butchers. 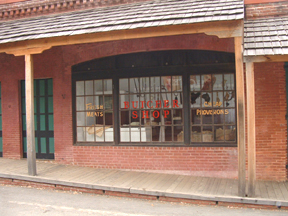 2002 The state renovates the Knapp block which includes the Wilson and People's Market buildings. 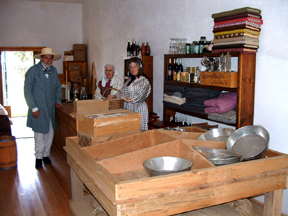 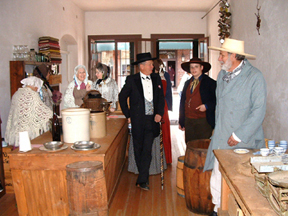 
2007 The state creates an interpretive area out of the space behind the Wilson and People's Market buildings. 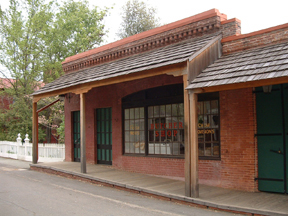