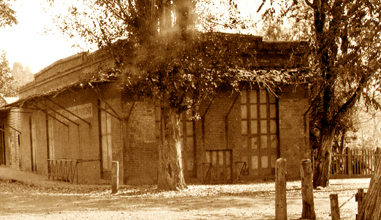 1855 The brick building was constructed. Victor E. Magendie had a large grocery and provisions store. "In the heart of the French quarter"

1856 Henrietta Schulz advertised a "fire proof vault" (in the basement of the Magendie Building) as a saloon.

1857 August 25 - The fire partially destroyed the building. The building was improved.

1858? Henrietta Schulz advertised the "High Society Saloon" in the basement. 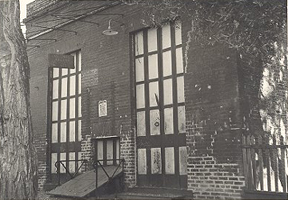 1960 April - Roy and Mary Raney moved the mercantile into the empty building. They had been located in the McChesney Mills building (North building of the Candy Kitchen). 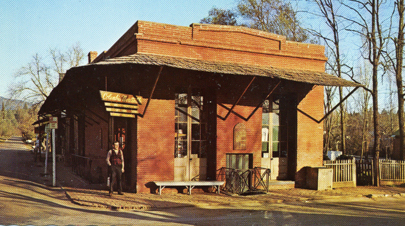 ©from post card.
Roy Raney stands outside his store c1960s.

1975 18 February - Jack R. and Marilyn Hodgeman buy the contract from the Raneys and are concessionaires. They have until Dec 1977 left of contract. (Park & Concessionaire report 1974-75) 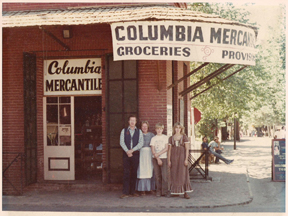 © Paul & Mary Gjerde.
The Gjerdes: concessionaires at the Columbia Mercantile - 1977.

1977 August 23 - Paul and Mary Gjerde buy the contract from the Hodgeman's and are concessionaires. 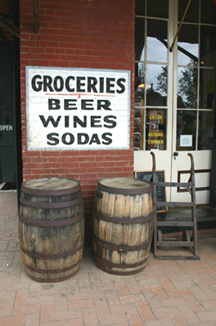 2015 March - Repairs are started to improve the building interior.

2018 January - The concession has started under new concessionaires (Teresa Torbett) to bring back the Mercantile with an old town flavor.